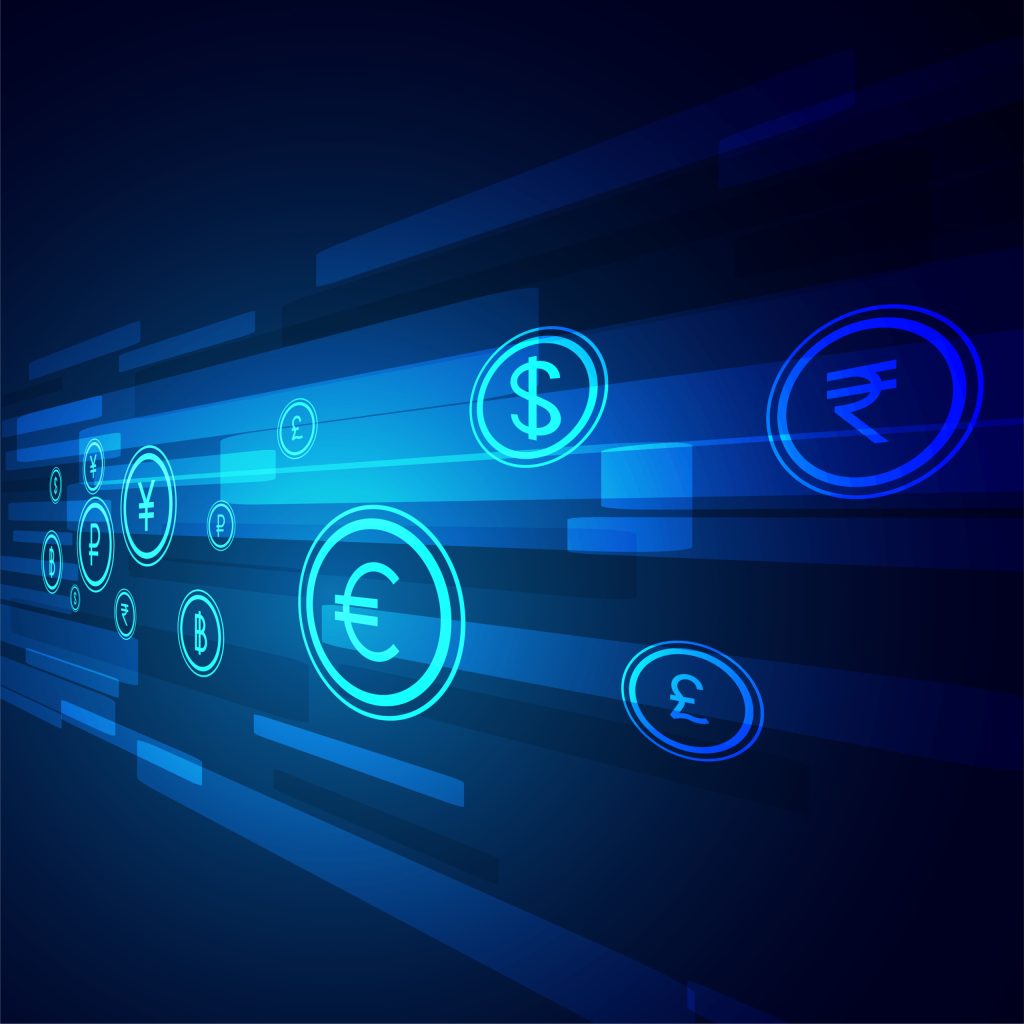 Digital money, or digital currency, refers to any form of payment that only exists electronically. An example of digital money is cryptocurrency Bitcoin. Unlike physical currency, which is printed and minted on paper or metal, digital money isn’t tangible. Rather, it’s transferred using online systems.

Digital money refers to any currency that is only available in digital form. This can include fiat currencies, such as dollars or euros. Digital money is exchanged using technologies such as smartphones, credit cards, and online cryptocurrency exchanges. In some cases, it can be converted into physical cash through the use of an ATM machine

There’s already a form of digital currency existing in society today through cash deposited in online bank accounts. This money can be sent and received by others, as well as used for purchases made online.

In essence, a cryptocurrency is a digital form of money that can be used in the same way as traditional currency for everyday transactions. It is not, however, cash. For example, your online bank’s dollars are not digital money because you must physically retrieve them from an ATM to convert them into reality.

Bitcoin is the first and most well-known cryptocurrency. It was created by a person (or group of people) known as Satoshi Nakamoto, who published a paper describing bitcoin in 2008. Bitcoin is completely decentralized, which means no single institution or government controls it. Instead, bitcoin’s network is made up of computers that anyone can become a part of. These machines run software that verifies all transactions and keeps everyone’s copy of the blockchain up to date with other members’ in order to establish trust between them and ensure security for every user on the network. Because bitcoins aren’t printed or controlled by any bank or central authority, they may be used to send money across borders quickly and easily without any exchange rate fees or delays like you would experience when sending cash through the traditional financial system. Bitcoin has been called “digital money” because it improves upon the process of monetary transactions – just as e-mail improved upon handwriting correspondence. For example, digital currency’s technological rails make international money transfers quicker and easier than traditional money does. This sort of currency also eliminates some of the activities required during currency creation for central banks so they have more time to focus on their core responsibilities rather than administrative procedures related to printing new notes and distributing existing ones throughout their country . The use of cryptography in certain forms of electronic cash prevents governments or private agencies from restricting funds movement within crypto networks via interference .

Given these benefits, digital money has quickly become a high priority for governments all around the world. Since 2017, Sweden’s central bank has published several research papers that analyze the advantages and drawbacks of adopting digital currency into its economy. China has already done pilot tests with the DC/EP, which is the digital version of its national currency. The country plans to release it soon. The Bahamas released its digital iteration of the country’s national currency, called the sand dollar, in October 2020.

Around 111 countries from the IMF’s 159 member nations are researching or preparing to launch digital currency in the immediate future, according to a February 2021 poll by the International Monetary Fund (IMF).

Several systems, like credit card companies and wire transfer services, already use digital money for transactions. For example, you can purchase things on credit with a credit card. With a wire transfer system, you’re able to send cash internationally.

Because they rely on separate processing systems, these transactions are both costly and time-consuming. The SWIFT network, for example, is a payments systems network that includes various banks and financial institutions from around the world. Each transaction completed through the SWIFT network incurs fees. The member institutions of SWIFT also function in a patchwork of regulation, each specific to a different financial jurisdiction. Moreover, these systems are built on the promise of future payments, ensuring a time lag for each transaction. For example, reconciliation for credit cards occurs at a later date, and users can file chargebacks for transactions.

Using distributed ledger technology (DLT), digital money aims to reduce or eliminate the time lag and operating costs associated with traditional transactions. In a DLT system, nodes or shared ledgers connect to form a common network that processes transactions. This network can extend to other jurisdictions, which minimizes transaction processing time. By providing transparency to authorities and stakeholders, DLT improves the resiliency of financial networks by eliminating the need for centralized databases of records.

The Bitcoin network’s peer-to-peer payment system is decentralized and distributed, which eliminates the risk of a central authority controlling it. Blockchain technology uses an algorithmic consensus mechanism to solve this issue, as well. The problem, in a nutshell, is ensuring that the same person doesn’t spend the same “note” of digital currency twice.

A system of serial numbers is used in a centralized setup of currency production and distribution, such as the one with central banks today, to guarantee that each note is unique. Central bank digital currencies (CBDCs) and private-party digital money representing transactions are two forms of digital money that replicate the function of a central authority in assuring solvency and honesty.

Digital money that is not centralized is known as decentralized currency. They get rid of the need for central authorities to regulate production and intermediaries who are necessary to distribute the currency. Cryptography is utilized. Blind signatures conceal the identities of transacting parties, and zero-knowledge proofs encrypt transaction information. Bitcoin and Ethereum are examples of cryptocurrencies that use this sort of digital money.

Digital money can take on various forms, thanks to its technological underpinning. The three adaptations of digital money that have emerged in recent times are as follows:

Central bank digital currencies (CBDCs) are separate from fiat currencies, both of which are backed by the authority and credit of a central bank. CBDCs make it easier for a government to carry out monetary policy by removing the need for intermediaries, such as banks and financial institutions, who would normally distribute national currency. This establishes a direct connection between the government and its citizens.

There are two types of CBDCs – retail and wholesale – which function differently depending on their implementation in the economy. Retail CBDCs can be used for daily transactions, just like traditional fiat currencies, while Wholesale CBDCs are only used for transactions between banks and financial institutions.

Cryptocurrencies are decentralized, encrypted digital money. Cryptography is used to create cryptocurrencies. The crypto wrapper that surrounds a cryptocurrency adds extra protection and makes transactions tamper-proof. Bitcoin and Ethereum are the most popular cryptocurrencies. Since 2017, the popularity of cryptocurrencies as an investment category has skyrocketed, causing their value to rise dramatically and bringing crypto market capitalization to $2 trillion by July 2021.

Stablecoins are a type of cryptocurrency that was invented to topple the price inconsistencies of regular cryptocurrencies. They can be thought of as a form of private money whose value is linked to another currency or assets, ensuring stability. Stablecoins often take the place of fiat currencies but without government support. In recent years, the stablecoin market has seen significant growth. As of February 2021, over 200 stablecoins have been released with many more in development.